Below are documents of several recent installations.
I've also been involved in curating numerous
installation/algorithmic art exhibitions including:

We See Each Other All The Time:

Two artist-colleagues embark on a month long daily ritual of information exchange using various methods of analog and digital communication. As their transactions move from Portland, Oregon to Boston, Massachusetts to Agrigento, Italy and Berlin, Germany, they record a poetic journal of reflections on space, time, friendship, technology and communication. 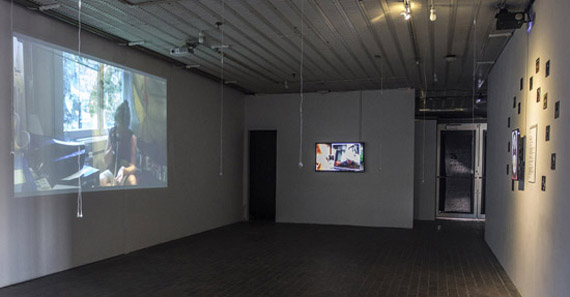 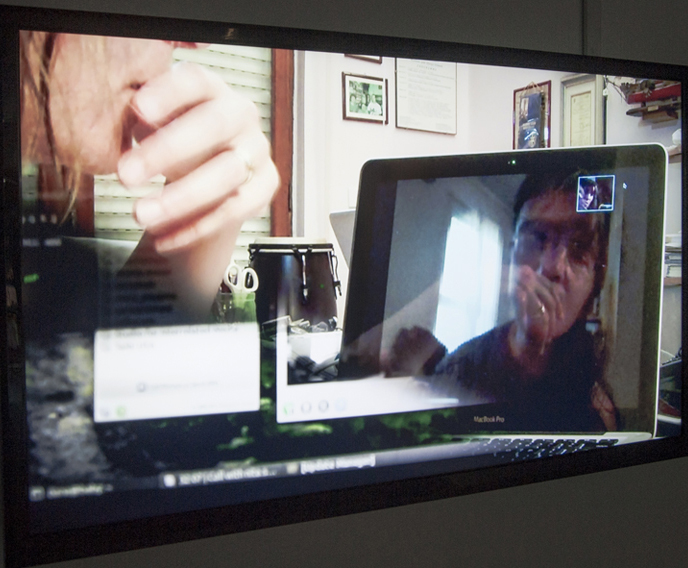 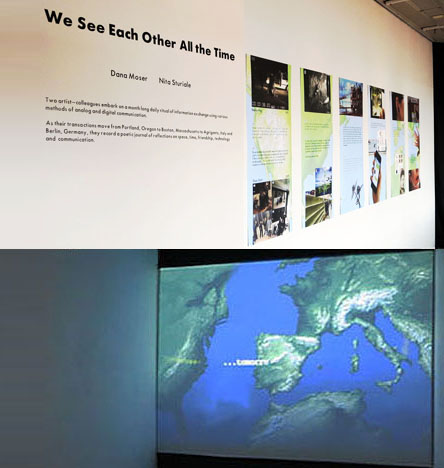 Oracle for a Coastal Town (kinetic with voice)


"I don't think Jesus talked about unborn fetuses that much."

"I'm trying to reach you through the plastic."

"I heard this gallery was a safe place for terrorists."

"I'm uploading you to the Internet right now."

"Children are the future. You should be worried."

"Does this pedestal make me look fat?"

"As you can see, I've been watching you."

"There's hardware and software. And then there's wetware." 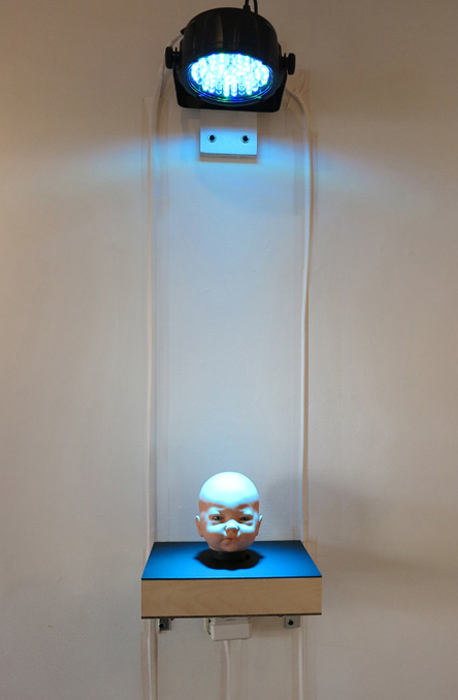 "Tracking" is a collaborative video installation by DM, Denise Marika and Dana Moser and was largely influenced by the city of Berlin where much of the sound and video imagery was recorded. Like all modern cities, it's meridians of public transportation are awash in signifiers of control and protection. But there are many things that make Berlin a special place and one of them is its preoccupation with history. In some ways it has been a requirement of the rest of the world that Berlin never forget it's role in 20th century conflagration, but even in the preceding century it was viewed in a special historical light as Marxists assumed that Berlin (not Moscow) was going to be the central starting point of an international worker's revolution. The city commemorates (memorializes) its history fanatically, with markers on streets, stations and canals; monuments against the ephemerality of human memory. The specifics of Berlin were a starting point for our collaboration and discussions on site in the Summer of 2009, but every urban setting shares in the same themes that emerged from our observations of the politics of people moving through space, a human traffic pushing through the emergent apparatus of location, observation and control. "Tracking" reflects on the international condition at the borders separating people from places and events, the threshold where layers of impediments and barriers multiply.The projection in "Tracking" is constructed through the algorithmic interactions of a dynamic system. Sound and HD video are programmed to mix (edit) together in realtime according to software-defined interactions.

Production assistance by Tom Fahey and Fred Wolflink."Tracking" is being exhibited as part of "RIDERS on the TRAIN" curated by Nancy Davies. 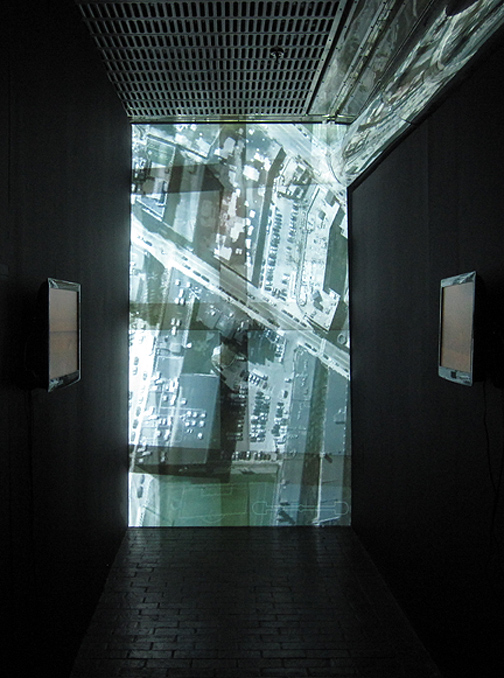 Visitors' shadows were interactive with the satellite imagery on a pedestal. They
affected hidden lights in geographic locations as well as sound and the projected
imagery. The satellite photographs and scrolling text in the projection concerned
contemporary documented incidents of war crimes, mass murder and atrocities
committed by United States armed forces.
The interactivity programming was done using a PIC microcontroller and a
development environment provided by Machine Science of Cambridge, MA. 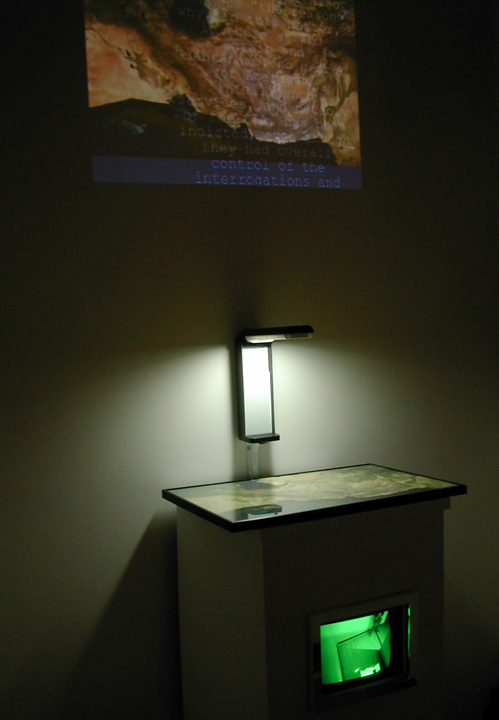